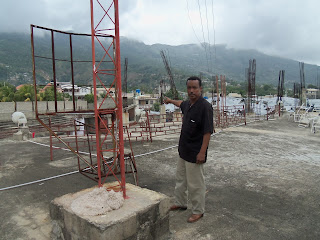 A dream contrarily to the popular belief is never too small.  God in his almighty power somehow inspires us every day, it is up to us to believe, interpret and act.  Reverend Ecclesias Donatien a friend of mine for many years had such a small dream or maybe a revelation that he dared to believe and acted upon it.  His story began sometimes in 1992, 2 years before the inception of Operation Hope For Children Of Haiti with which some years later he and I have partnered and engaged in multiple humanitarian activities in the north and other parts of the country. 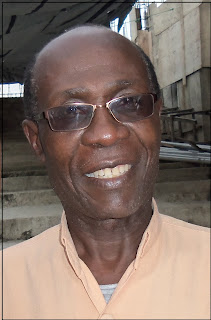 In a dark winter night in January 1992, the stars and the moon were hidden by gloomy clouds over the northern part of Haiti more precisely over the historic city of Cap Haitian.  Reveverend Ecclesias plunged into prayer in that evening commemorating his forty third anniversary as his usual nightly practice.  After a good hour into deep communication with the Lord, came suddenly this revelation in which he was ordered by God to build a Tabernacle.  Without hesitation or question, he invested in a small parcel of land and began his godly mission under a few mango trees with only three church members.  His perseverance against all odds and his beliefs in God, gave him the strength to persevere and never weaken to achieve what he has achieved today, all in the name of Jesus. 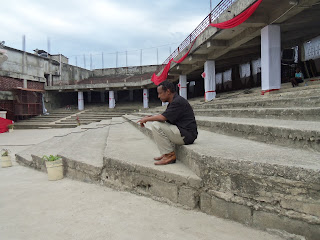 As late in this century, it may be a surprise to many that prayers and fasting were rare subjects and may have been considered taboo in an environment whose members have lived centuries of superstition and supernatural beliefs.  Reverend Ecclesias was resolute as he, without questions allowed himself to feel the Holy Spirit blowing on him the wind of the direction showing him step by step the path of the Tabernacle Church of Praise.  It was in essence a simple task for a true believer.  God ordered and he obeyed, everybody was bewildered as God continues to create his miracle.  The Tabernacle became a motivation for all.


Just like me, Rev. Ecclesias don’t take pleasure bragging in our humanitarian accomplishments however, he has something that I don’t have, something that all men wished to have: the gift of prayer, unfortunately that does not come so easy.  When I asked him what was the key for his success, he simply replied: “One husband and one wife”.  That answer, as I remember it today, made me shed lots of tears because I believe and know deep in my heart that is where I failed… I prayed God for his forgiveness as Reverend Ecclesias prayed for me.


OUR PROJECT:  “The Covering”, “God, save us from the sun and the rain”


As members of the church, Dr. Reynald Janvier and I for quite a while were involved in different projects outside the house of worship but were watching with a close attention to the improvement and construction completion the Tabernacle urgently needed.  Reverend Ecclesias was on several occasions lied to, mislead to by many national and international visitors promising to at least put a most needed roof over more than 10,000 worshippers whom often and always are trampled by heavy rains and scorching suns.   Realizing the unspoken suffering of so many, realizing the humble wish of this friend, Reverend Ecclesias shepherd of his faithful flock;  we have engaged and embraced this challenging project to do everything within the power anointed in us to commit Operation Hope and the Tabernacle Church of Praise to build this ROOF “The Covering”, the Tabernacle 10,000 faithful  urgently need. 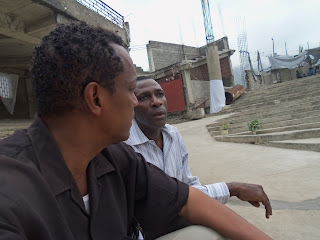