At “Candle light”, we held our very first organized general political meeting in Brochette, Carrefour where about 20 people from different communes and backgrounds gathered in a home of a supporter with the intent to evaluate the objectives and strategies at hand. 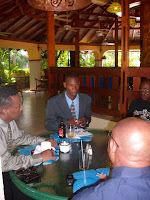 In essence, this meeting was an assessment and a confirmation of my decision to run.  It was my first look at different individual political makeup but I was too prudent not to eliminate a few so early on the game.  Maybe because, I wanted to see if every one of them will deliver as so they promised.  It was also the time it was made clear to me that if I did not have available funds, there was no need for me to continue.  The money request began and automatically I started to fund what I called then the underground campaign. 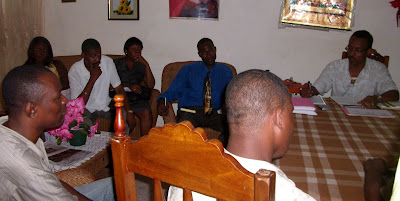 Some of these representatives in my eyes were honest while I allowed my inner sense of trust to advance and take my chance. One very aggressive experienced young man who happened to work for Aristide and Préval offered to work for me.  He is an attorney, very eloquent and persuasive and however would be the first one to betray me with false representation of Operation Hope in the South with the collection of funds on my behalf without authorization and later with the smuggling of medications and medicine supplies from our clinic in Diquini. It was also the time I began to see and understand the true motives of some pastors, their role and the true expectations of their involvement in campaign preparations.  I was much more impressed with a gentleman who presented himself as a true combatant with an interesting background.  For some unknown reasons, except one could guest, he believed in me.  His advice to me, was to always be kind and gentle while he will be behind me as a leopard ready to defend me and the cause.

There was a consensus to fully advance with the movement throughout the country as I was more than ever prepared and coherent with a conscious mind to stir the old system and help impart the changes for my people.
Posted by Dr.Eddy Delaleu D.D./OHFCOH | Operation Hope for Children of Haiti, Inc. at 2:55 PM